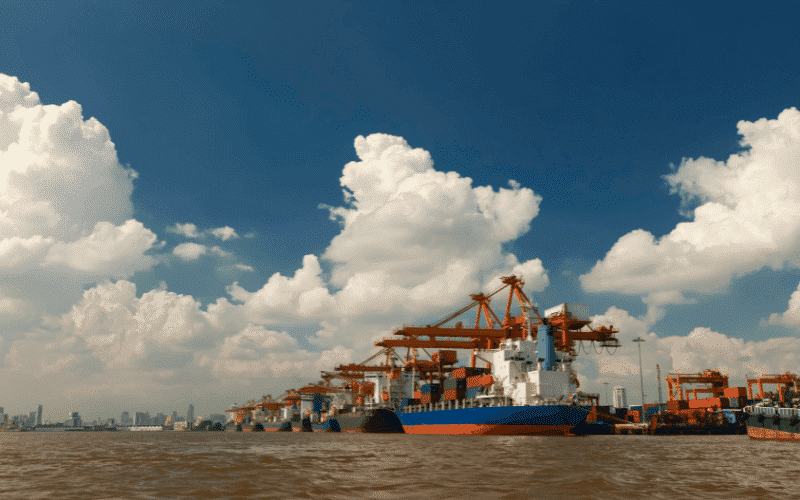 El Salvador is a prominent Central American country that is known for its coffee exports globally. In earlier years, before the invention of synthetic dyes, El Salvador was the largest exporter of Indigo.

The balsamic reserves of Peru were also traded through ports in El Salvador for many years, and are still exported from the major commercial sea-ports in El Salvador. Bordered by Honduras in the northeast, Guatemala in the west and the Pacific Ocean in the south, El Salvador has an estimated population of 6.8 million.

El Salvador was colonized by the Spanish Empire in the early 16th century until the mid-1800s. The colony was ruled through Mexico City during the reign of the Spanish, and later joined the Federation Republic of Central America.

After a long political struggle and revolts from the late 18th Century until the late 90s, the country became a sovereign state with a coalition between the United States backed the military government and the leftist groups who were dissatisfied with Government policies. During the political strife, trade was deeply affected and the economy reached the brink of collapse in 2012.

The 307 km long coastline of El Salvador has a few important ports that serve industrial, tourism and international import-export. The most important and the largest port of El Salvador is the Port of Acajutla.

The ports of Bahia del Sol and the port of Barillas serve as major recreational ports.

Some of the major ports of El Salvador are as follows: 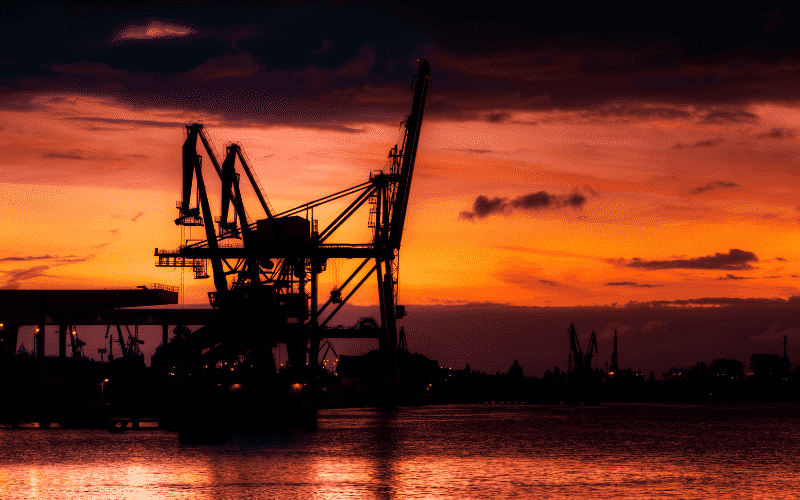 The Port city of Acajutla is one of the most important commercial hubs of El Salvador. The port of Acajutla handles the majority of the country’s exports of coffee, sugar and balsamic salts of Peru. The city is also a historical site as the Spanish landed here to conquer the rest of El Salvador and colonize the country to expand the Spanish empire.

The port started operating in 1961 and has been run and managed by the Executive Commission of Autonomous Port (CEPA) since then. The largest oil refinery of El Salvador is located in Acajutla and is responsible for producing the country’s majority of oil and petroleum-related products. The oil imported from Venezuela is mainly processed here. Besides this, the port has a fertilizer plant and a sea food processing plant as well.

The mean tide at Port of Acajutla is 2 feet. The channel depth at the cargo pier is 10 metres which makes it suitable for heavy container ships. The oil terminal has a channel depth of 10 metres, and the anchorage is achieved at 19.8 metres. The port has fixed and mobile crane facilities at the dock, and has 24 to 49 MT lifts for cargo loading and unloading. 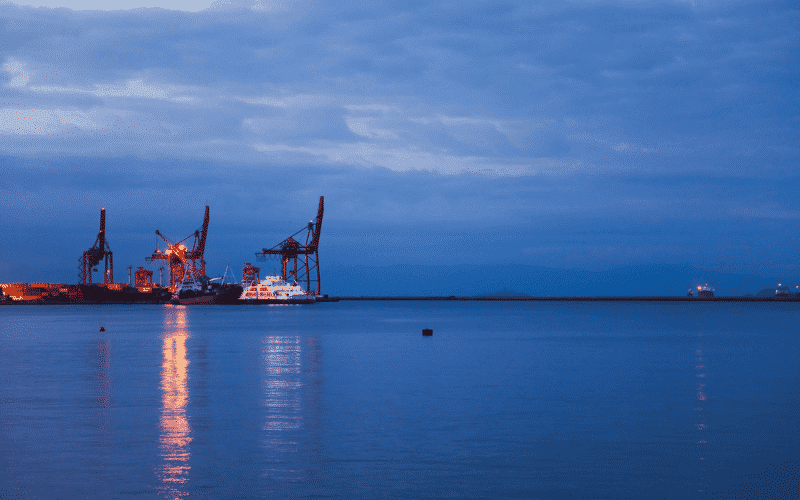 The City of La Libertad is a major tourist attraction in El Salvador. This region was known as the mountain of oak trees, and the Federal Republic of Central America named it Port of Freedom or Puerto de La Libertad. It was in 1831 that the National Assembly authorised commercial trade in the nearby Pacific region. The agriculture and service sector are the two major economic activities in the region.

The port of La Libertad was the first pier built in the country in the early 18th century. It has been a major fishing port and farm export from the region to the rest of Central America. With the development of new ports of Acajutla and La Union, the La Libertad now focuses majorly on fishing. This is an important port for the export of Peruvian balsam and is well connected to the Peruvian border through railroads and highways.

The Puerto de La Libertad is an open roadstead port with a small harbour. The port is managed and operated by the City of Libertad, and is majorly serving fishing and farm produce. The channel depth at the cargo pier is 6 metres, while that at the oil terminal is 9.1 metres.

Port of La Union or Puerto de la Union Centroamericana was inaugurated in 2010. It is a very new port built with an investment of USD 200 Million with the collaboration of the Japanese Bank of International Co-operation and Executive Commission of Autonomous Port (CEPA) which is a Government agency and the port authority as well.

Port of La Union has situated 2km from the main city and has a good infrastructure of railways and an extensive road network to carry out goods movement and trade. This deepwater port has a utilisable work area of nearly 50 hectares and can handle Post Panama class container ships. The port has an annual container throughput capacity of 6500 TEUs.

The port does not receive many vessels and infrastructure is being developed to promote trade in the region. In 2019 alone, the port received only 21 container ships worth 18,000 MT of goods. A major factor affecting the trade in the area is the rainy season which commences in May and ends in November. Tourist cruises are fairly regular in the Gulf of Fonseca, and the port handles a number of passenger’s vessels too.

La Union region is famous for its cocoa plantations, sugar production and oleaginous seeds. Coffee being the most important export from El Salvador is produced in high quantities in the region.

The port of La Union has modern amenities to cater to bulk container ships and packaged goods that pass through the region. The multipurpose terminal has a berth length of 220 metres and an average water depth of 10 metres. The total area of the multipurpose dock is more than 150,000 square metres.

In January 2021, Guatemala offered El Salvador to build a port on a portion of land on their Atlantic coast to promote commerce in the region. The presidents of both countries agreed on exchanging services for the holistic development of trade and commerce in the region. Legislation for free movement of goods and citizens to and fro between the two countries is already underway.

With the development of a Salvadoran port on the Atlantic coast, the trade will be greatly facilitated as few of the container ships exporting and importing goods from Central to South America will no longer have to traverse the whole South American peninsula. This will not only promote trade but also bring down costs of essential as well as exotic commodities local to the region.

The proposed port will be built in Empornac, known as El Arnel. The location currently has a container depot but does not have dredging and docking facilities as yet. The El Salvadoran government will build and operate the port through private partnerships for facilitating trade on the Atlantic coast. The development is also significant because out of the total goods handled in Empornac currently, nearly 30% originated in El Salvador. A Salvadoran port in the Atlantic would also mean cutting down shipping times to the east coast of the United States of America significantly.

The Executive Port Commission (CEPA) has asked Dohwa Engineering, a South Korean firm, to conduct feasibility studies to improve the efficiency of the port in handling the cargo and increase the capacities as well. CEPA is aiming to increase the capacity of the port by 4 times in order to handle more goods, in lieu of the increasing competition from other countries in the region.
El Salvador is a major trade partner with the United States and controls the majority of exports and imports like textile, grains, coffee, balsam, industrial goods and commercial manufacturing products in the region. CEPA reported that El Salvador is also in talks with the Korean Government and the Eximbank to finance the expansion.

El Salvador’s previous currency was replaced by USD which further improves trade relationships with zero loss due to forex. The various sectors of the economy as a percentage of GDP are:

The majority of goods passing through El Salvador are re-exports, that is, goods coming in from other nations are stored here and then passed on for further exports. Landlocked countries of Central America and some South American countries rely on El Salvador for exports to the United States through the Pacific Ocean. Metals, machinery, automotive spares, equipment etc. constitute the exports and imports besides coffee and balsam.

Although there are not many major ports in the country, the latest developments in the region are bound to improve the reliability of the country for handling a larger volume of traded goods in the near future. An extensive network of railroads is also being developed to connect major port cities with the Pan-America highway, and other trade centres as well.

The latest decision of legalising crypto-currency for commercial use in the country has also boosted tourism in the region by leaps and bounds. Smaller ports are gaining popularity and the Government is focusing on developing necessary port infrastructure to handle tourists as well.

Disclaimer: The authors’ views expressed in this article do not necessarily reflect the views of Marine Insight. Data and charts, if used, in the article have been sourced from available information and have not been authenticated by any statutory authority. The author and Marine Insight do not claim it to be accurate nor accept any responsibility for the same. The views constitute only the opinions and do not constitute any guidelines or recommendations on any course of action to be followed by the reader.

The article or images cannot be reproduced, copied, shared or used in any form without the permission of the author and Marine Insight.

Major Ports And Terminals In Mauritius

How Do Submarines Get Oxygen?

What Are Dark Warehouses?

How Much Fuel Does a Cruise Ship Use?