Just-in-time arrivals will revolutionise how port calls are organised, but it is only the first step in the transformation as more port stakeholder systems deploy artificial intelligence.

Just-in-time arrivals have become a hot topic as port, terminals and ship operators awaken to the advantages of reduced fuel consumption and optimised resource planning. The benefits are clear; a study by DNV GL in 2018 found that ships spend roughly 37-54% of their time – and 15% of their fuel – in berth or at anchor. Reducing time spent waiting for a port slot and speeding up port calls would cut fuel use and emissions while improving fleet and port utilisation. But for HVCC Hamburg Vessel Coordination Centre the journey towards better arrivals planning was not only a question of economics or environment, but also to offer carriers an optimal approach towards the Port of Hamburg and a unique service.

Tucked several miles inland from the North Sea, Hamburg does not have the open approach of many coastal ports. The River Elbe has nautical restrictions, which need to take into consideration. This explains the far-reaching geographic scope of HVCC coordination method. Six years ago, HVCC opened its nautical terminal coordination department to track incoming vessels and manage traffic based on accurate arrival times.

“We wanted to optimise port calls for our customers and for the ever-bigger vessels that we saw coming into the port,” says Gerald Hirt, managing director of HVCC. “As soon as a vessel is crossing the Strait of Gibraltar, for example, we will monitor whether it is still on time for the first port within its North European rotation. From there we constantly check at what time the vessel will be on the River Elbe – and in which traffic situation. This enables us to react early and with foresight to find an optimal solution in passage planning”.

What started as an analogue process – one man, one PC, two monitors and a subscription to an AIS tracking service – has become increasingly digital. Instead of having to continuously re-entering AIS numbers to monitor vessels across Northern Europe, HVCC’s software now tracks vessels automatically, cross-referencing data from carriers, terminals and weather services to provide accurate predicted arrival times. Updated plans for entering the port, initially conveyed to vessel operators or agents by telephone, have developed into a digitally delivered passage plan document.

The emailed passage plan is an improvement, but not a perfect solution, says Mr Hirt. “You send something by email to a carrier and then potentially you don’t hear anything. Did they agree to the recommended time of arrival (RTA)? Did they forward it to the crew? We have to track that the vessel is really doing what we suggested.”

The next stage of development – conveying the passage plan directly into ships’ navigational systems – was the result of a chance conversation during a conference. Mr Hirt learned that Wärtsilä Voyage had already developed middleware to link ships’ connected ECDIS their operators’ shoreside systems. The same solution could be used to convey and automatically update the passage plan between ship, ports and terminals.

“The benefit here is that we are always on the same page. We know if the carrier, the crew and the terminal know what we have recommended and we receive constant status updates – for example that the carrier has agreed to the RTA, and that the captain has applied this in the waypoints that he has to cross.”
– Gerald Hirt, Managing Director of HVCC

The just-in-time arrivals system using HVCC’s tracking software with Wärtsilä’s Navi-Port was tested successfully on two AIDA cruise vessels in late 2019. Although Covid has caused a slight delay in the project, HVCC and Wärtsilä are now confident to bring the first cargo vessels onto the streamlined new system.

While just-in-time arrivals are seen as a critical area for improving port efficiency, it is only the “low-hanging fruit” of what digitalization can offer ports, according to Dmitry Rostopshin, Head of Ship Traffic Safety & Port Operations Solutions, Wärtsilä Voyage. He explains that some of the systems that Wärtsilä deploys at ports are being harnessed to drive even greater efficiencies in other areas. But while HVCC and other progressive ports and terminal operators are embracing these ideas, others will need to follow for the maritime logistics chain to register system-wide efficiency gains.

As an example, he highlights the algorithms that learn to provide increasingly accurate arrival time estimates in Wärtsilä’s Ship Traffic Management (STM) system, and the grounding and collision detection and avoidance capability of its Advanced Intelligent Manoeuvring (AIM) technology. 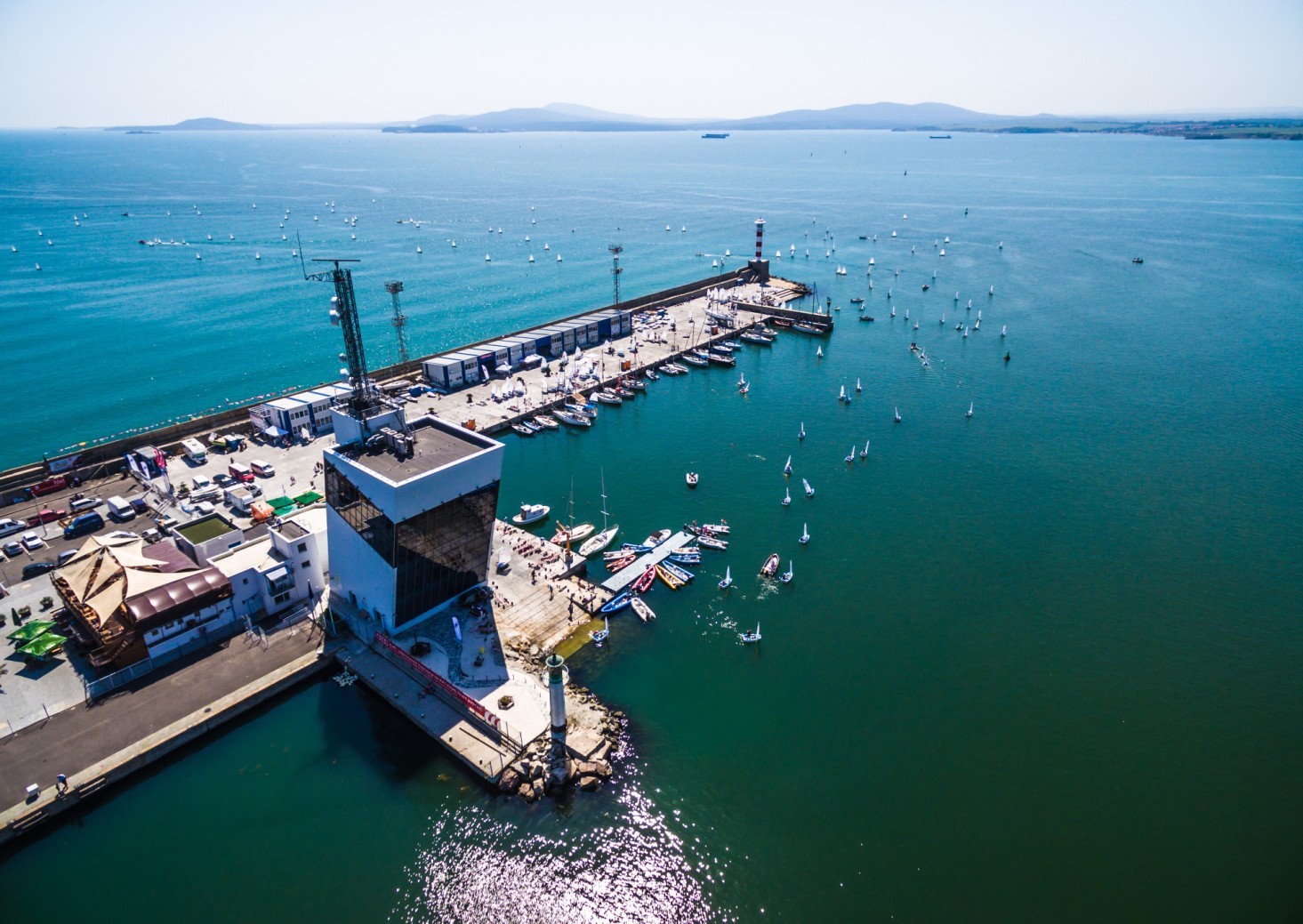 Both systems have been in use at Bulgarian ports since December 2019, when Bulgarian Ports Infrastructure Company opened the first Vessel Tracking Service centre on the Black Sea in Varna. The centre features the first navigational active decision support system deployed by a port. AIM’s track predictor technology collects and analyses information on vessel movements, then forms predictions based on typical vessel behaviour. As well as offering accurate ETA information and sending collision avoidance alerts, this system can even suggest corrective actions to ships in contact with the VTS centre.

Reaching this level of integration is not a simple undertaking. Some ports – Hamburg, for example – have integrated such systems already. But to improve the efficiency of the logistics system as a whole, a network of ports will need to adopt a similar approach. And ports across the world are very different in their approach to planning port calls and coordinating with stakeholders. While 400 or more users are already connected to HVCC and the passage plan system, there are still ports that operate using whiteboards and phone calls.

The pace of port digitalisation can seem frustratingly slow given the huge benefits of a more efficient international logistics network. But Mr Rostopshin is optimistic that digitalisation will continue to accelerate, driven by increasing competition and a growing focus on environmental protection, which itself encourages efficient port practices.

For many ports, there is still a long digitalisation path ahead. And even for those that seem to be leading the pack are only scratching the surface of what smart port systems will be able to offer. When it comes to the use of AI in port systems, just-in-time arrivals are just the beginning.
Source: Wärtsilä