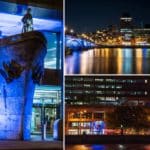 The IMO headquarters in the United Kingdom was one of numerous buildings, bridges, ports, ships, monuments, museums and other landmarks in more than 30 counties that were lit up blue on 30 September 2021 to celebrate World Maritime Day. The symbolic initiative, named “maritime blue”, aims to unite the maritime community and raise awareness of the vital contribution of shipping and seafarers to the world. Images from these iconic locations were shared across social media using the hashtag #WorldMaritimeDay.

The blue lights at the IMO headquarters on Albert Embankment in London were positioned to illuminate the Memorial to Seafarers near the entrance, a particularly fitting tribute given this year’s World Maritime Day theme of “Seafarers at the core of shipping”.

The memorial, which was inaugurated twenty years ago on World Maritime Day 2001, originally featured lights to illuminate it, but these stopped working over the years. The re-lighting work was completed using funds donated by the International Transport Worker’s Federation. 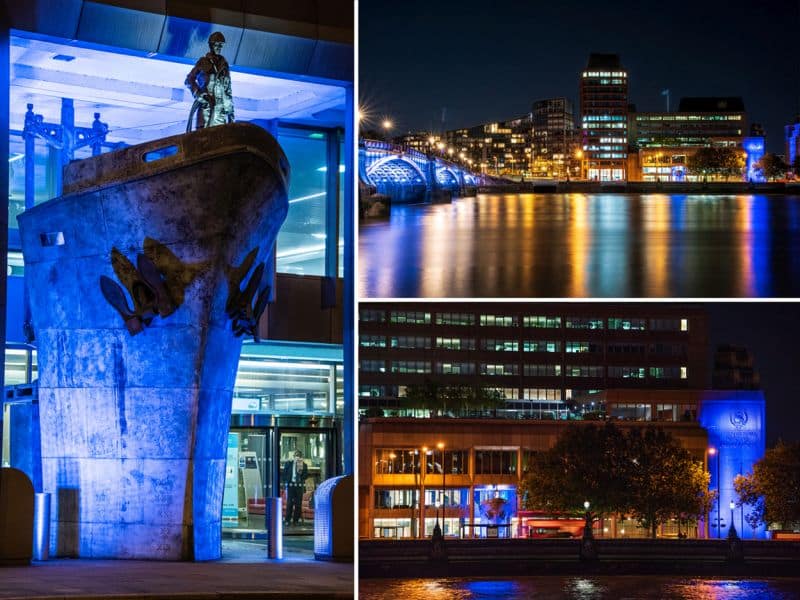 The lighting up of the building was livestreamed across IMO’s social media channels to a global audience, many of them seafarers. There was also a small, in-person event held at IMO headquarters to mark the occasion.