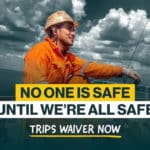 Hundreds of trade unions, representing over 12 million transport workers from 118 countries around the world, have penned an open letter to governments who oppose removing IP restrictions on Covid vaccines, accusing them of compounding supply chain crises and inflicting ‘economic self-harm’.

376 unions including Unite the Union, ver.di and kapers, wrote to leaders from the UK, Germany, Switzerland, and the EU Commission demanding that they end their opposition to a temporary intellectual property waiver on Covid vaccines, treatments and diagnostics proposed to the WTO, known as ‘TRIPS waiver’.

The International Transport Workers’ Federation (ITF) delivered the letter to the leaders ahead of the second day of the WTO’s TRIPS Council meeting in Geneva. 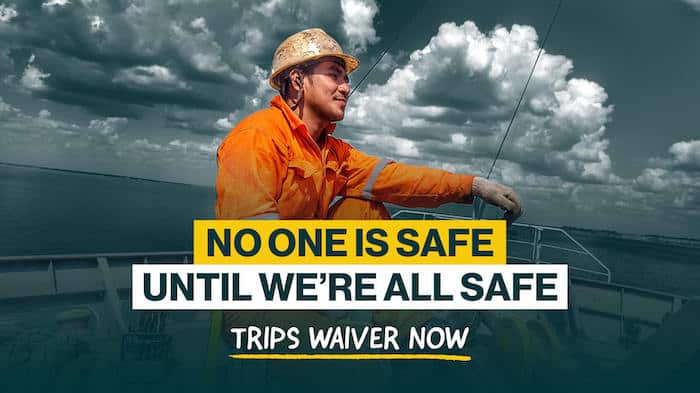 A waiver system, it said, is vital to speed up the global vaccination roll out without which the IMF has warned that $5.3 trillion could be further wiped from global GDP in the next five years.

This follows on from IMF chief Kristalina Georgieva saying that the most immediate obstacle to full recovery is the “great vaccination divide”, and Prof Sarah Gilbert, the Oxford vaccine creator warning a failure to provide vaccine access to poorer countries risks the rise of dangerous new variants and that the “priority must be to vaccinate as many people as possible and as quickly as possible”. Today, less than three percent of people in low-income countries have received a single dose.

Stephen Cotton, ITF General Secretary commented: “It’s schizophrenic that these three countries and the EU are blocking universal access to vaccines and lifesaving tech whilst simultaneously claiming to be solving the supply chain crisis.”

“These politicians seem hell bent on socio-economic self-harm to further line the pockets of Pfizer, Moderna and BioNTech billionaires. It is utter madness; these leaders are holding the recovery of rest of the world to ransom. They need to follow the leadership shown by the US, recognise the unprecedented circumstances, stand up to Big Pharma and support the waiver.”

The transport industry put world leaders on notice that the global transport system faces the imminent threat of collapse unless governments take coordinated action to end the ‘global humanitarian and supply chain crisis’. Transport leaders from IATA, ICS, IRU and ITF called for “urgent leadership to increase global vaccine supply by all means at our disposal in order to expedite the recovery of our industries”.

The UK is still recovering from the impact of a nationwide fuel shortage caused by a lack of HGV drivers. Two years of inconsistent and inhumane travel bans have stopped seafarers being able to get on and off ships, which has added intense pressure to already crumbling global supply chains. And in the weeks after the rise of the Delta variant in the UK, airlines were forced to cancel over 70 percent of their scheduled capacity between the UK and Germany due to new travel restrictions.

Cotton added: “Throughout this pandemic transport workers have brought citizens home, transported key workers to work, and kept critical supply chains moving. But the inequality in access to vaccines and treatments globally is an existential threat to transport workers’ personal safety, but also to the resilience of supply chains, and reinvigoration of the global economy.”

“Every day of delay means more deaths, more lives lost, and more setbacks to the recovery of our industries and economies. You have no more excuses. You must pass the TRIPS waiver without delay. Our lives and our livelihoods depend on it.”

Grounded Vessel ‘MV Maa’ To Be Converted Into A Floating Restaurant

COP26 Underestimated The Importance Of The Ocean In Climate Crisis: IMarEST