The world leader in the management, design and manufacture of aluminium marinas, Poralu Marine, as part of its commitment to environmental protection, launches The Searial Cleaners the world’s first range of shoreline waste collectors. Through this innovative range of solutions, the company strengthens its position as a socially responsible economic player that is committed to the conservation of lakeside and maritime coastline environments.

18 September 2020, the European Union set a threshold for washed up marine waste on beaches: fewer than 20 items of debris every 100 metres. Under this threshold, the beach is considered to be in good ecological condition. The Union is now asking member states to roll out strategies for the protection of the marine environment and has set a concrete objective for beaches, drawn up in compliance with the Marine Strategy Framework Directive.

In this context, Poralu Marine, the world’s leading manager, designer and manufacturer of aluminium marinas launched The Searial Cleaners, the first range of shoreline waste collectors. For 35 years the company has been an active player in the territorial development of natural shorelines, making them more accessible to people. The quality and the neutrality of Poralu Marine’s products are part of its DNA and bear witness to the company’s consideration of the direct impact of human activity on these fragile zones. For several years it has observed how littoral zones, or shorelines, have been increasingly damaged with the passing of time. 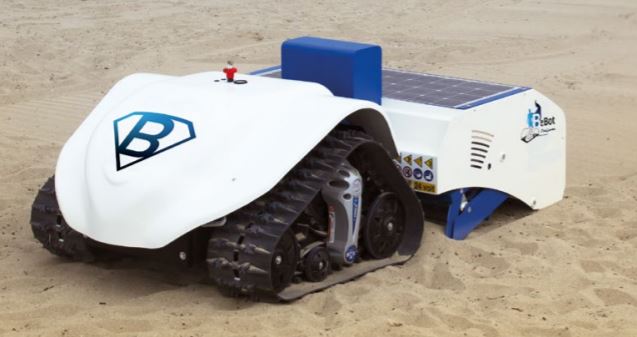 With the development of this first range of products, Poralu Marine meets a central requirement of local authorities and private companies: integrate environmental protection with land and marine development policies. The company is therefore engaged in restoring shores so that humans can go on living in a conserved environment. By the same token, Poralu Marine strengthens its position as a responsible economic player that is committed to the preservation of lake and maritime shoreline environments. Its ambition is to become the leader in shoreline litter collection.

The group’s communication policy is fun, daring and slightly offbeat, showing the company’s capacity to have a real impact on maritime pollution and to change things by achieving results on a large scale. To this end, the range of innovative and eco-friendly complementary products is represented by a range of super products that are ready to take on this worldwide challenge.

Each product has features enabling it to collect solid and liquid waste, both in water and on different types of terrain. Together they form a team of superheroes. The Searial Cleaners, the first of which, known as BeBot, is already being marketed throughout the world via Polaru Marine’s distribution network of products and services. It is a beach cleaning robot that is remotely controlled and moves over sandy beaches to meticulously clean them
Source: Poralu Marine